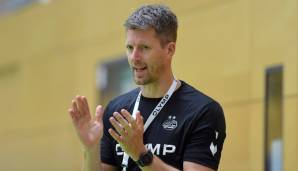 National coach Markus Gaugisch does not want to be distracted by the unrest in women’s handball during the preparations for the European Championships, which start on Monday. “Of course, the topic cannot be completely hidden. It would also be strange if it were different,” Gaugisch said SID.

in the mirror serious allegations of psychological violence against a long-time Bundesliga coach were made on Saturday. National player Mia Zschocke, nominated for the European Championships in Slovenia, North Macedonia and Montenegro (November 4th to 20th), is also one of those affected.

As with the most recent course in Hennef, Gaugisch wants to give the topic space, “if there is a need for further discussion,” he said: “Nevertheless, we should also look and focus on the preparation for the European Championship and then the tournament itself The team did that professionally and well during the last measure and we will do it again now.”

Gaugisch expects his 18 nominated handball players around the captains Emily Bölk and Alina Grijseels on Monday in Großwallstadt to start the preparation. From there it’s off to Tatabanya on October 30th for a three-nation tournament with hosts Hungary and Romania.

The team will then fly to Podgorica on November 1st. In the preliminary group D, the selection of the German Handball Federation (DHB) fights against Poland (5 November/20:30), hosts Montenegro (7 November/18:00) and World Cup fourth-placed Spain (9 November/20:30) for a place in the main round.